Mid July 1941, the K. Gr. 100 was removed from the western front and moved across the continent to Terespol, just west of Brest-Litovsk. At that point, it was an assumption that the assignment would only last very briefly and as such, the group was moved without any ground personnel (except for the on-board transport of the planes’ chief mechanics – transported in direct violation of orders)[1. Balke, Ulf (1981): p. 83].

The reason for the group being moved east under these conditions: pathfinders were needed to support air strikes on Moscow itself. From Terespol, the direct distance is just over 1000 Km or roughly 625 NMs – and the flights could not go the direct way due to heavy anti-aircraft artillery along the way. Kampfgruppe 100 was part of this exercise – guiding flights of KG 3, KG4, KG 53, KG 54, and KG 55 to the targets.

By the beginning of August 1941, it has become clear that the war against the Soviet Union was anything but over in a few weeks time – and K. Gr. 100 was permanently assigned to the Eastern Front, now flying direct ground support operations on the Red Army. 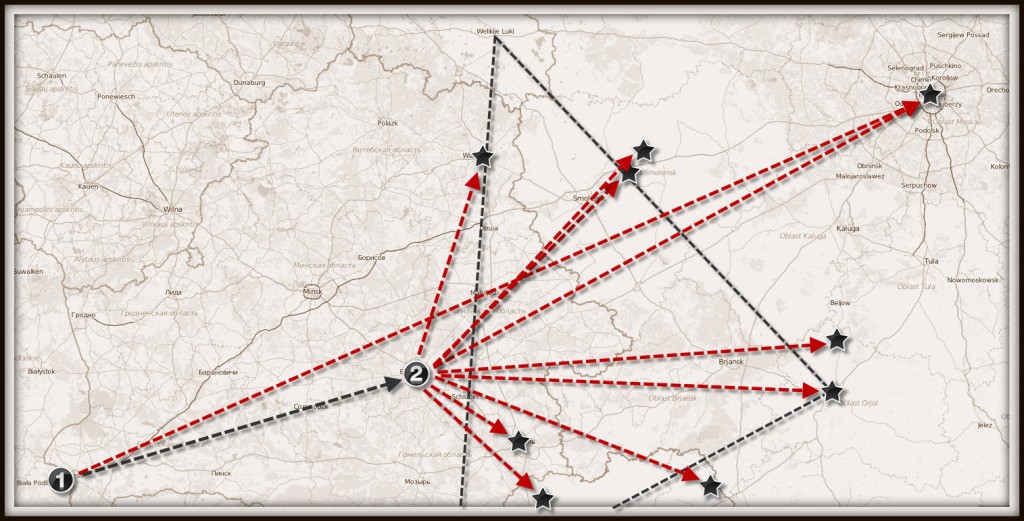 In early August 1941, the group moved eastwards to the airfield of Bobruisk. From there, the whole of August and September was dedicated to flying ground support missions and armed reconaissance in an area roughly defined as a triangle spanning between Welikije Luki in the north, Orel in the east, and Kiev in the south[2. Balke, Ulf (1981): p. 85ff.]. 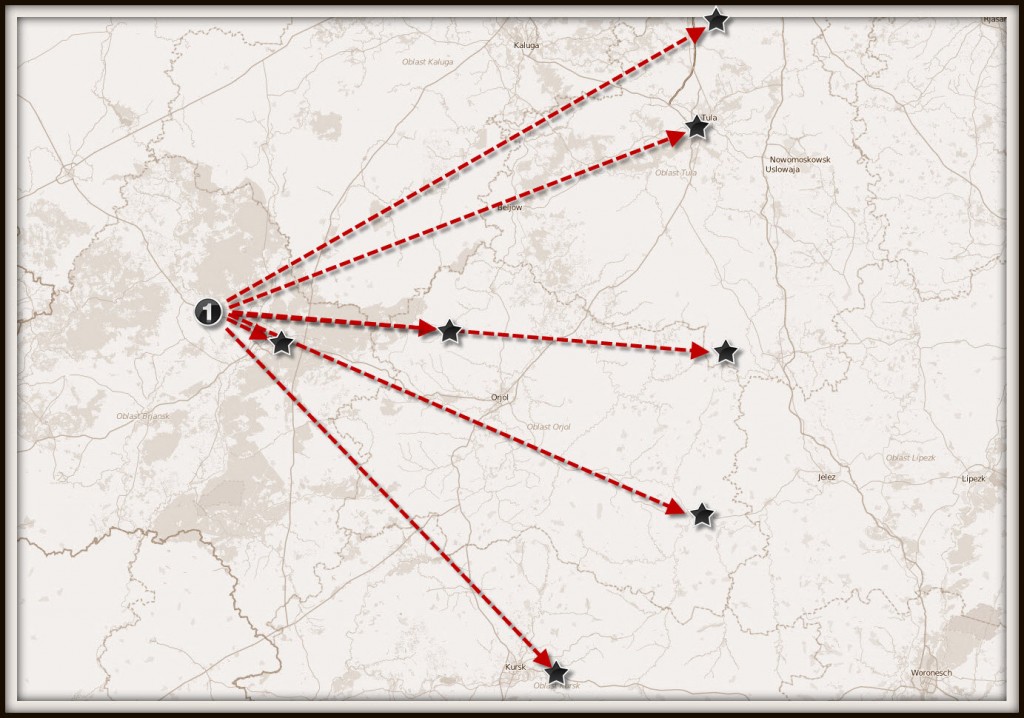 On October 8, 1941 the group is moved up behind the advancing front line – relocated to the airfield of Seschtschinskaja[3. Balke, Ulf (1981): p. 92]. The rest of October and November 1941 was filled with frequent air raids on Moscow and Gorkij and many different targets of opportunity, mainly railway yards, troop concentrations and storage camps east of Brjansk[4. Balke, Ulf (1981): p. 97ff.]. Mid November, Kampfgruppe 100 was withdrawn to Hannover in Germany for reinforcements[5. Balke, Ulf (1981): p. 98].