Having received their replacement aircraft after their withdrawal from the front earlier, I./KG 100 was moved to the airfield of Stalino – today known as Donezk – by mid of April 1943. During May, the I./KG 100 was busy with nighttime operations dropping mines into the Volga River. In June 1943, I./KG 100 was part of regular air raids on the soviet oil fields and refineries near Saratov. Another regular target – at least while flying from Stalino again – was maritime traffic in the Caspian Sea.

July 1943 was then to see the last major strategic offensive the Wehrmacht was able to launch in the east: Unternehmen Zitadelle – the Battle of Kursk. In support of this operation, I./KG 100 was relocated to the town of Poltova. However, that only was a short intermezzo – by mid of July, the I./KG 100 was back in Stalino to support defense against a Soviet offensive around the rivers Donets and Mius. Later, the I./KG 100 relocated to Kirovgrad and then to Nikolajev. 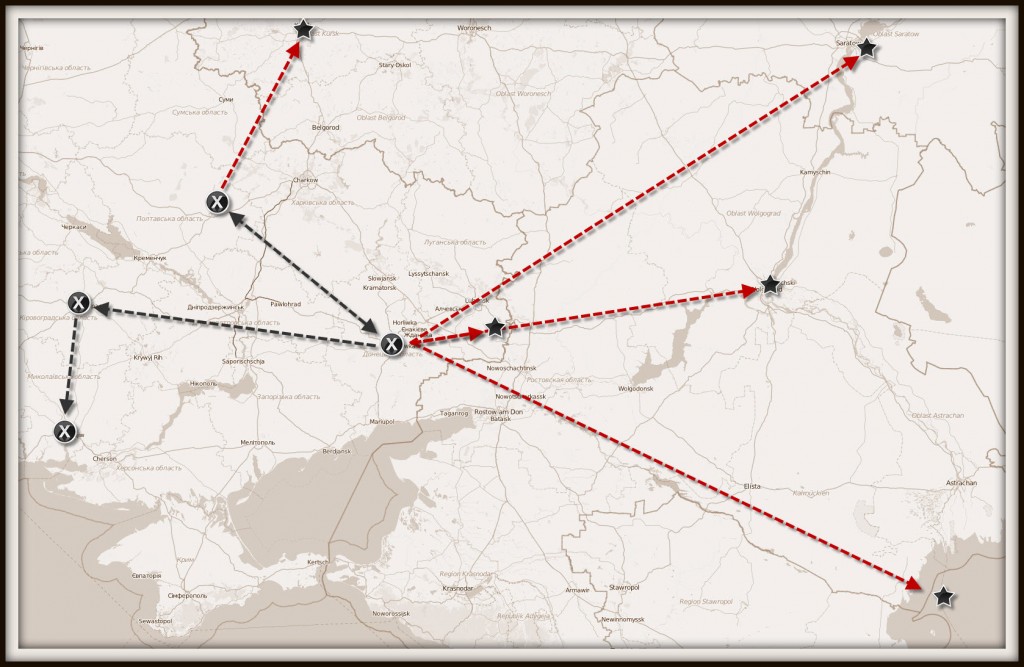